Should I become
a rapids fisher?

Furthermore, fishing in rapids with salmonid stocks nearly always requires a destination-specific fishing permit. This permit can cost anything from ten euros to up to over 100 euros a day. And some destinations are off limits even to those with thick wallets, unless they managed to reserve their permits early enough.
Now, if you are not deterred by any of these factors, rapids fishing in Finland might just be your thing. It is, after all, a very addictive activity! 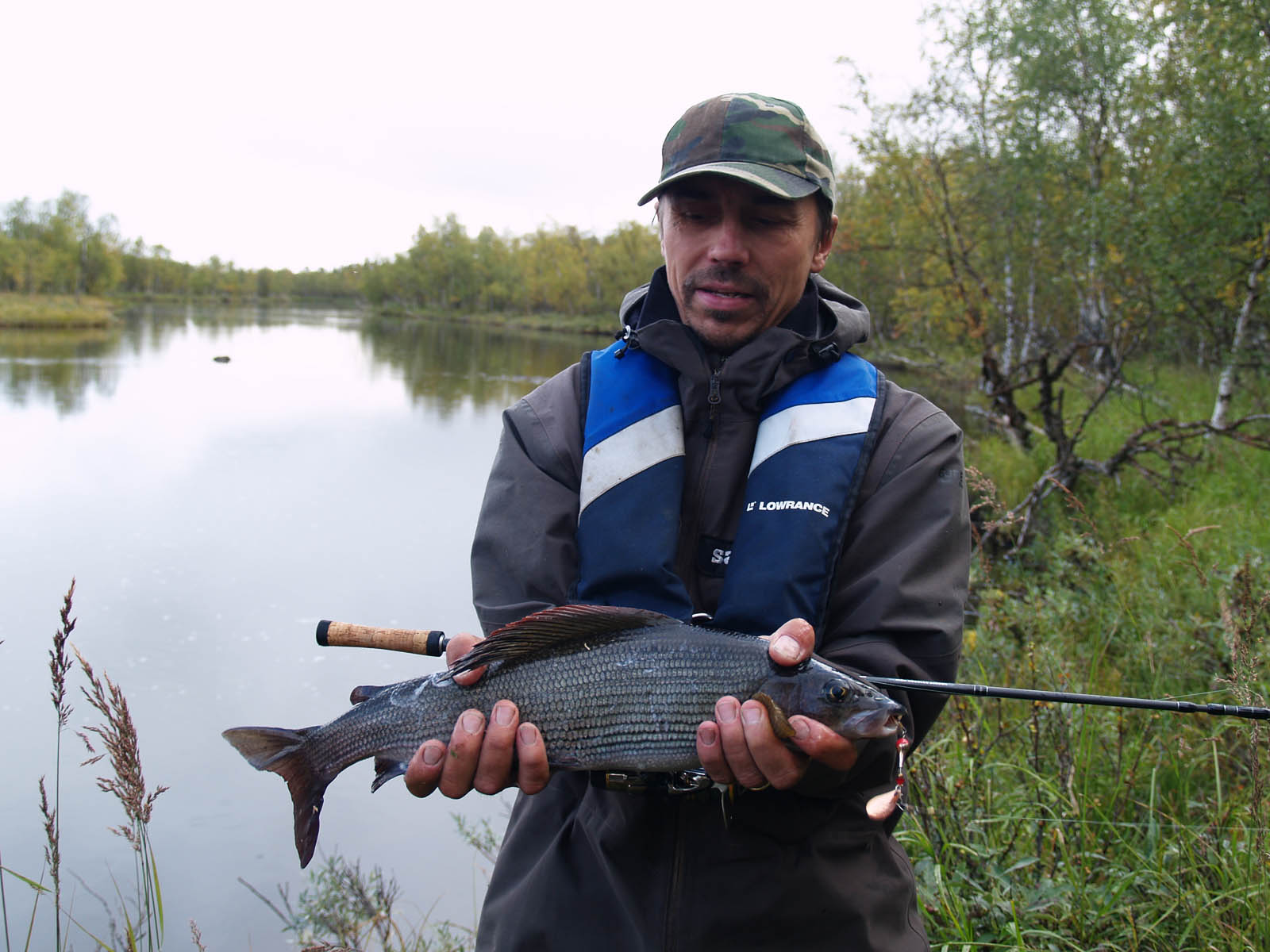 These are the targets
The most common target species in the rapids of Southern Finland is planted rainbow trout, the treat from a tanker truck. Unfortunately, in the current conditions, fish stocking is necessary to ensure at least a reasonable chance of catching fish – not everyone is ready to settle for catch & release fishing. And fish stocking isn’t too bad: a planted rainbow trout is a terrific creature to battle and catch.

However, brown trout is the species most rapids anglers are passionate about. Today, catching a legal-sized trout is not easy because of the minimum catch size of 50–60 cm. You must also keep in mind that natural trout that have their adipose fin intact must be released back into the water south of the 64th parallel north, and you must also abide by all the possible rapids-specific regulations.

Grayling is not yet subjected to any endangerment measures so you can snag one of those and cook it as long as it fulfils the minimum catch size requirement and fits into your personal catch quota. The most bountiful grayling waters are found in Northern Finland but the sail-finned fish has also been successfully planted into many running waters in the south.
River fishing for salmon is kind of the king sport in rapids fishing. In Finland it is possible in such places as the Rivers Kymi, Kokemäki, Simo, Torne and Tana, although the lure fishing opportunities at the Tana are quite limited, especially if you mean to fish from the shore.

In addition to salmonids, rapids also offer other interesting targets for fishing, including perch, pike-perch, pike, asp, chub and ide. Catching these other species is recommended especially during the hot summer days when the salmonids that prefer cooler waters are passive. 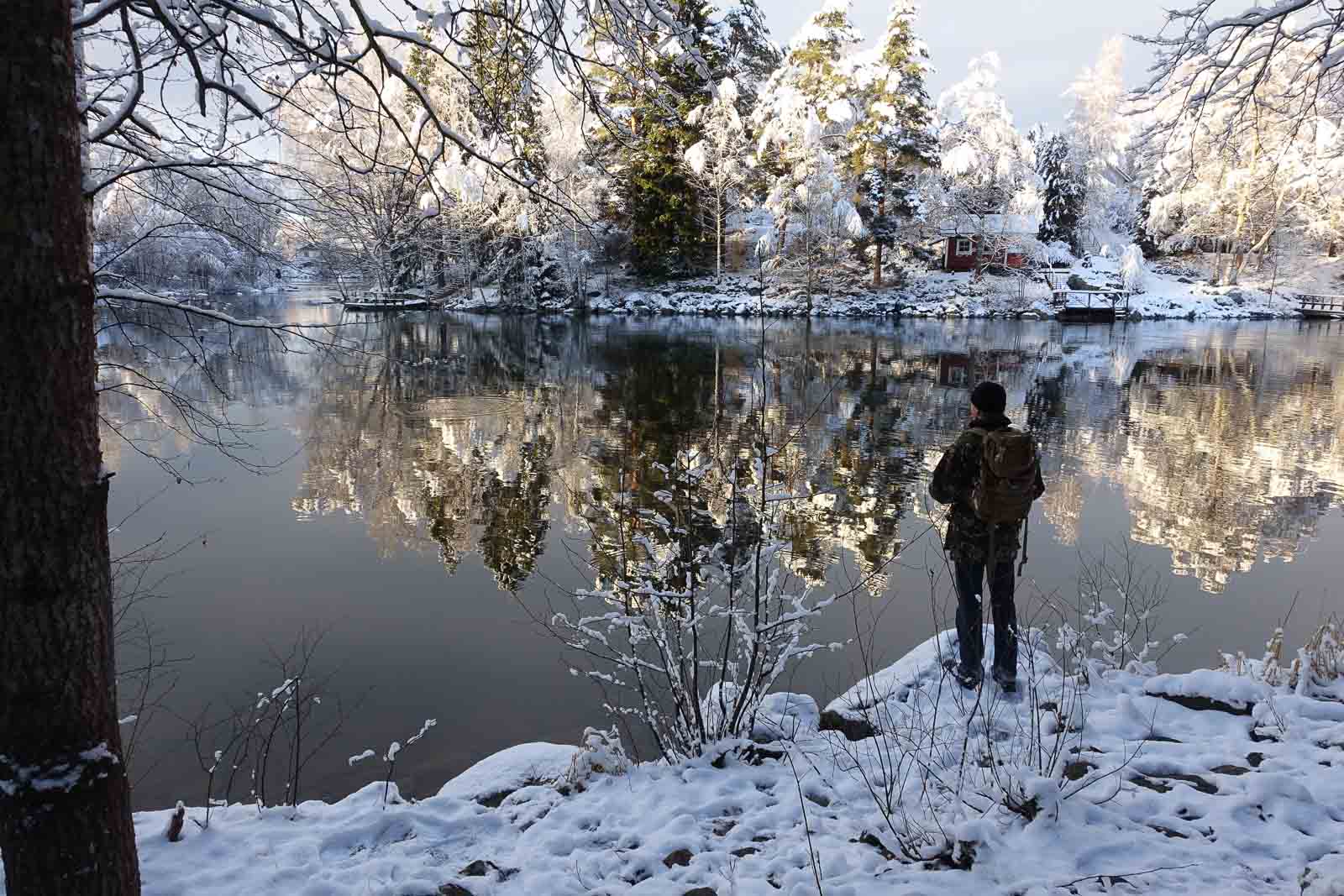 In all types of fishing, your luck largely depends on finding the fish, or the right fishing spots, and rapids fishing is no exception. People in the know talk about “reading the rapids”.

In still waters the fish move around a more or less wide area in search of food. This is not the case in rapids. Once a trout finds a comfortable spot, it can stay within an area the size of a square metre or two for days or even weeks, only making short dashes after prey animals that happen to swim past.

In most rapids, most of the surface area is so-called “empty water” where catching a sizable fish is very unlikely. This definition includes shallow rocky spots that the fry of salmonids do enjoy, but a responsible angler will automatically steer clear of. Slow-flowing small shoots and quiet backwaters on hot days are also less than ideal spots, unless you mean to catch perch, pike or ide, for example. Big salmonids can be found lurking in the deep, fast-flowing necks of the rapids and in the nooks and shelves along the way, in the deep bunkers in the banks and behind big rocks. They also like to dwell near the borders between the wild middle current and the milder bank currents and in the final white-water stretches of the rapids. With a little practice you will learn to find the right spots quite easily. Sometimes the fish even help you out by dashing and splashing on the surface and even jumping into the air, so keep your eyes peeled.

If you’re not confident in your own abilities, you can always spy on what the more experienced anglers are doing. Of course, politely asking them might also be an option in 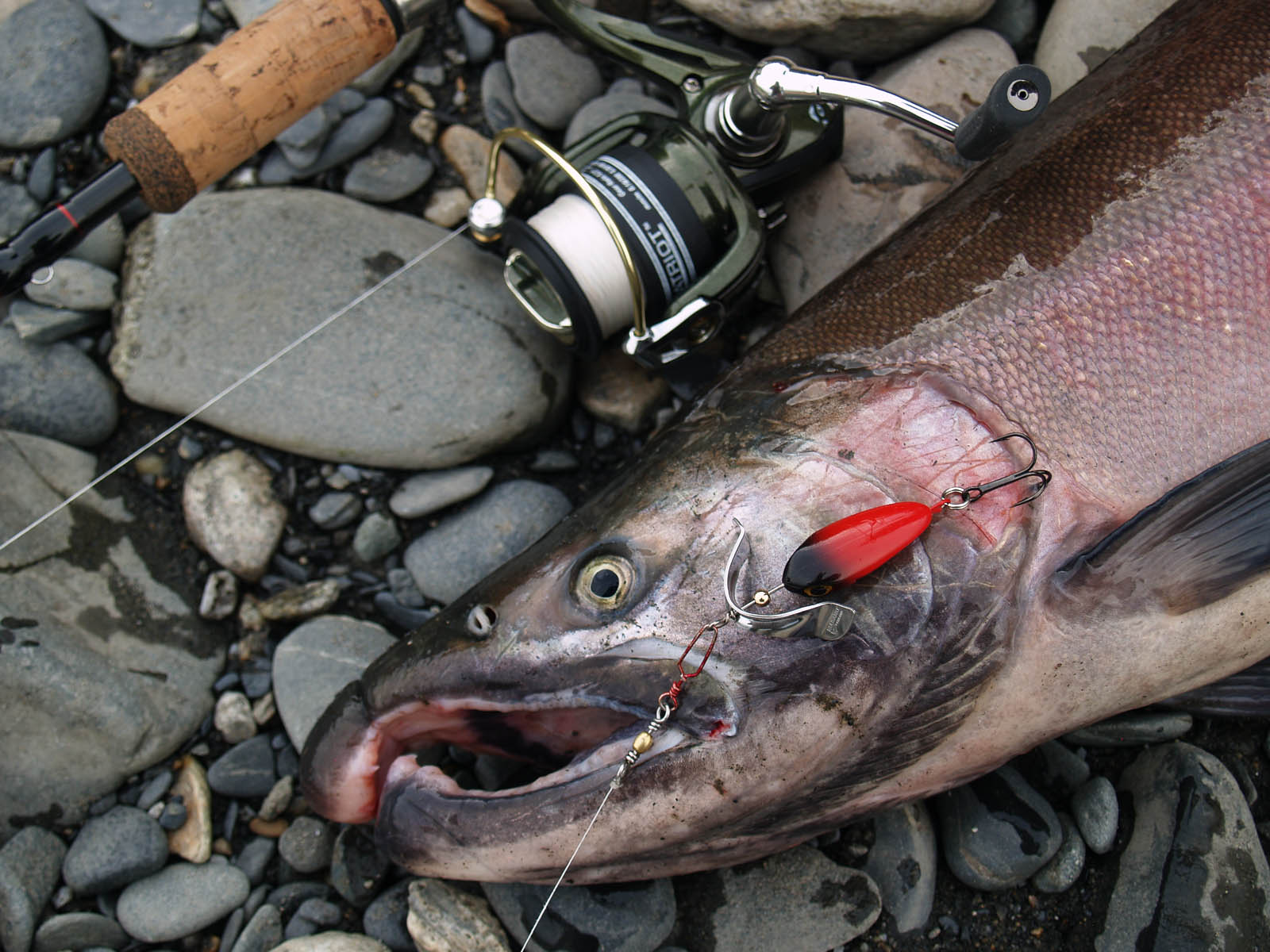 Paras yleiskoko koskille
Finding the right spot is only the first step towards a nice fillet of fish sizzling in the pan. The second step is choosing the best possible lure for the intended job.

When thinking about lures, you should always remember a couple of things. Do not pick a lure that runs too deeply in relation to the depth of the fishing spot. Worst case scenario: you’ll lose the lure on your first cast as it gets caught on something at the bottom. On the other hand, a lure that swims too close to the surface might go unnoticed by the fish if the water is deep and murky.

Oftentimes the best choice is a lure that you can make swim close to the bottom without having to hurry with the retrieve. The closer the lure passes the fish’s jaws, the more likely the bite. However, you should also keep in mind that in clear waters even a lure that swims near or even on the surface can be very effective.

Another important factor is the lure’s size. When the water is cold and dirty and the water level is high, the irritant factor can be higher than during warm water season when the water is low. The more timid the fish, the smaller the lures and the thinner the lines you need to trick them.
What, then, counts as small and what is considered big? If we use the super popular salmonid lure Räsänen as an example, the 7 cm model is already on the larger side. The 7 cm model is ideal for digging into deep, wide currents when you are going after salmon or big trout. A recently planted rainbow trout might also take a liking to the Räsänen Seven.

However, the best general-purpose size for rapids fishing is the 5 cm Räsänen. In addition to salmon and brown trout it also works on rainbow trout, Arctic char and even big grayling, if there’s nothing else on offer. If the water level is low and the high fishing pressure has made the fish suspicious, you should try the smaller 4 cm Räsänen.

The action of the lure is also important. A clear-cut definition of an effective swimming action does not exist, but if your spinner does not have the energy to spin properly, your spoon begins to spin in only one direction on its axis or rises to the surface and your plug falls on its side and loses its kick, your chances of catching fish are dramatically reduced.

A rough current causes trouble for some lure types. Most of the problem specimens are plugs, while spinners and spoons are usually more care-free. You can train your plugs to become better swimmers by carefully bending the nose loop in the direction of the tilt, but if this doesn’t work you should leave plugs for fishing in still waters.

So what is the right lure?
We already covered the Räsänen, but there are plenty of other good lures. Personally, I hold the Kuusamo Lätkä to be almost on par with the Räsänen when catching rainbow trout and brown trout. I’ve even caught quite a few Atlantic salmon with it over the years! The heavy 25 gram version of the Lätkä is to be launched into orbit at spots requiring long casts and deep diving while the basic 14 gram Lätkä is great for most other situations.

While the Professor is often thought of as a pike spoon, its 75 mm version is a great, steely treat for salmonids dwelling in rapids. The same can be said of the Taimen and Vuono lures of the same size. The Onega, a “cut” version of the Professor, is also a great lure for the purpose.
Spinners also make for excellent salmonid magnets and they are very easy to use: simply cast & retrieve. Brown trout, char and rainbow trout strike at them fiercely while grayling considers the vibrations of the spinner music to its ears. Catching an Atlantic salmon with a spinner is not unheard of either.